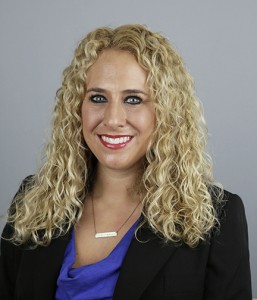 Megan Chodzko was born and raised in Humboldt County, California.    She graduated with a degree in Communications from St. Mary’s College in 2000 and thereafter graduated magna cum laude from California Western School of Law in 2003.  During law school, Megan worked as a Judicial Extern for the Honorable James A. McIntyre of the 4th District Court of Appeal, Division One.
Megan initially joined Shinnick & Ryan LLP as a law clerk in 2001, and returned as an associate attorney upon graduating law school in 2003.  She became a partner of the Firm in 2012.  Megan has devoted her entire legal career to the representation of homeowners in construction defect litigation.

Megan enjoys spending time with her husband, Pete, and their two children, Henry and Francesca.