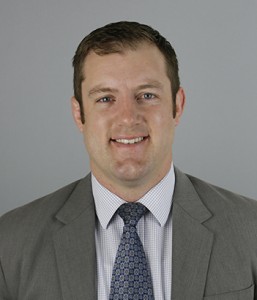 Lucas Edwards was born and raised in Redlands, California.  In 2006, he received his Bachelor of Science from Sacramento State University where he majored in criminal justice with a minor in philosophy.  While attending Sacramento State, Lucas served as captain of the university’s rugby team from 2004-2006.

In 2008, Lucas moved to San Diego where he attended the University of San Diego School of Law.  While attending law school, Lucas interned at the University of San Diego Legal Clinic’s program providing pro bono legal services to indigent clients in the community.  Through his work at the Clinics, he earned honors as the Education and Disability Clinic’s Outstanding Intern for 2011, as well as the State Bar’s Wiley W. Manuel Certificate for Pro Bono Legal Services.  Lucas earned his Juris Doctor in May of 2011, and joined the Firm as a legal intern in November of 2011.  After being admitted to the State Bar of California in December of 2011, Lucas became an associate attorney with the Firm. Lucas became a partner with the firm in 2018.